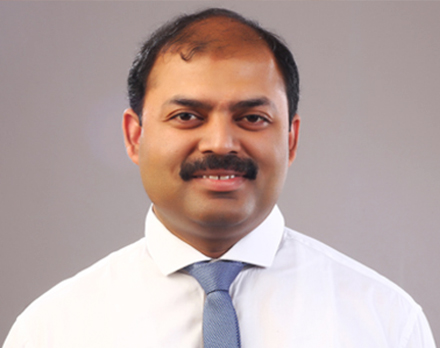 Dr Anoof.P.P is an alumni of Govt Medical College Calicut where he did his M.B.B.S (Sept 1995-April 2002) He worked in the emergency medicine in National Hospital Calicut (May 2002-May 2004).He received his MD in internal medicine from Kasturba Medical College Manipal (June 2004-April 2007).He worked as consultant Physician in Tirur Mission Hospital,Malappuram(May 2007-August 2007 )and worked as Senior Registrar in the dept of medicine deputed to Rheumatology wing at MIMS Calicut (Sept 2007-March 2008) He completed Post Doctoral Fellowship Training(2 yr duration)in Rheumatology and Clinical Immunology from Christian Medical College Vellore, a 2000 bedded tertiary care teaching hospital (2008-2010).He underwent Fellowship in Rheumatology (June2011 –August2011)at Norfolk and Norwich University Hospital, United Kingdom. During the Post Doctoral Fellowship Training at CMC,Vellore he was involved in the care of patients in a 24 bedded Rheumatology ward and worked in Physical Medicines and Rehabilitation dept, Occupational therapy, and laboratories of Autoantibody, HLA, and clinical pathology. He gained knowledge in musculoskeletal USG, and done a short course in biostatistics and clinical epidemiology.

He worked as a Senior Consultant in the Dept of Rheumatology and Clinical Immunology at Aster MIMS Calicut and Aster MIMS kottakkal. He has many publications, a few of them are (1) Traditional and inflammation related cardiovascular risk factors in Rheumatoid arthritis-Indian journal of Rheumatology 9(2014)2-3 (2) Unusual case of Polyarthritis-Multicentric reticulohistiocytosis-CALFIM Journal of Internal Medicine(Volume3,No.2 December 2007), (3) A review article on Management of connective tissue disease related interstitial lung disease in IRACON 2009 Souvenir. He has attended as a faculty and as a delegate in more than 50 National and International Conferences and meetings and presented many papers. He is recipient of Indo-UK Rheumatology Fellowship 2011(supported by Indian Rheumatology Association and Indo-UK Rheumatology Forum). He attended EULAR Congress held in London in May 25-28 of 2011 and done an advanced training in Rheumatology from Norfolk and Norwich University Hospitals. United Kingdom and attended many workshops related to Rheumatology