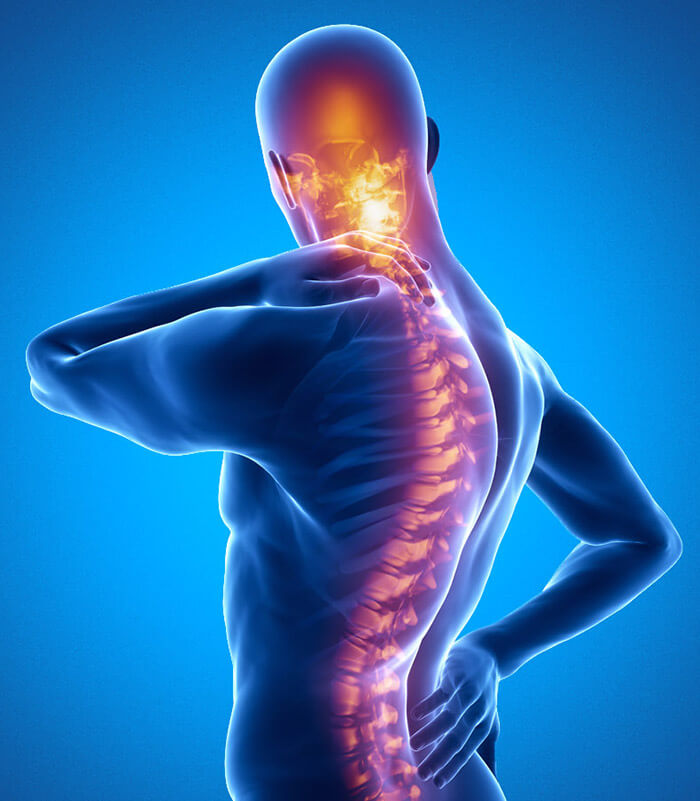 Ankylosing spondylitis (AS) is a chronic inflammatory rheumatic disease that affects the spine and the sacroiliac joints (SI). It makes part of the “seronegative spondyloarthropathies” or spondyloarthritides (SpA). SpA describes a group of inflammatory arthritis diseases that are clinically and genetically related, but have distinct features from one another. In the most advanced cases (but not in all cases), this inflammation can lead to new bone formation in the spine, causing the spine to fuse in a fixed, immobile position, sometimes creating a forward-stooped posture.

Although what causes Ankylosing spondylitis is not exactly known we do know that genetics play a very important role. Most, not all, individuals who have AS also has a gene called HLAB27. Recent research has shown that genes other than B27 as well as bacterial infection are very important in the causation of AS. This disease more commonly affects males under the age of 35 years, although females can also be affected.

What are the symptoms?

First symptoms of AS are frequent pain and stiffness in the lower back and buttocks, which comes on gradually over the course of a few weeks or months. The pain is usually dull and diffuse, rather than localized. This pain and stiffness is usually worse in the mornings and during the night, but may be improved by a light exercise. Pain gradually spreads to involve the ribs and neck. Other joints like shoulder, hip, ankle, knee also can be involved. These patients may also complain of heel pain. It can also affect the eyes in the form uveitis which results in red, painful eye with blurred vision.

How can we Diagnose Ankylosing spondylitis?

The diagnosis is made by a combination of suggestive clinical history and relevant investigations. The most important part in the history will be onset < 35 years and pain > 3 months. Mobility of the back will be decreased even in early stages. The hallmark of Ankylosing spondylitis is involvement of sacroiliac joints SI joints). Inflammation of SI joints is called Sacroiliitis. Sacroilitis can be detected by Xrays, but the problem is that changes on Xray take upto 10 years to appear. At the same time MRI can detect these changes during the first year itself and helps in early diagnosis.

What is the importance of early diagnosis?

It is very important to diagnose Ankylosing spondylitis in patients with chronic low back ache. This is important to start the management as early as possible and to preventing the spine from getting deformed.

What is the importance of HLAB27?

HLAB27 is a gene which is a perfectly normal gene present in 8% of population. But 5% of persons who have this gene develop AS. In suspected cases of AS especially in early stages the test to detect HLAB27 is useful in making a correct diagnosis.

What are the management options for Ankylosing spondylitis ?

For patients who have Ankylosing spondylitis early diagnosis and correct management is the key so that normal life style can be maintained. Exercise programmes under supervison is one of the key factors in the management of these patients. Exercises help these patients not only to decrease pain but also to prevent the bending posture which develops in these patients over time.

NSAIDS like Indomethacin helps to decrease inflammation in the spine and is very useful. Up to 75% of patients can be managed effectively by exercise and NSAIDS. Those patients who are not responding drugs like Sulfasalazine are very useful. Recent developments in the field of AS has made anti TNF agents like Infliximab a very good option in patients who are not responding to the first line drugs. These drugs are very effective in controlling the manifestations of AS and also improves quality of life in these patients.

What is the prognosis?

The patients who have Ankylosing spondylitis if diagnosed early and treated well do have a normal life.